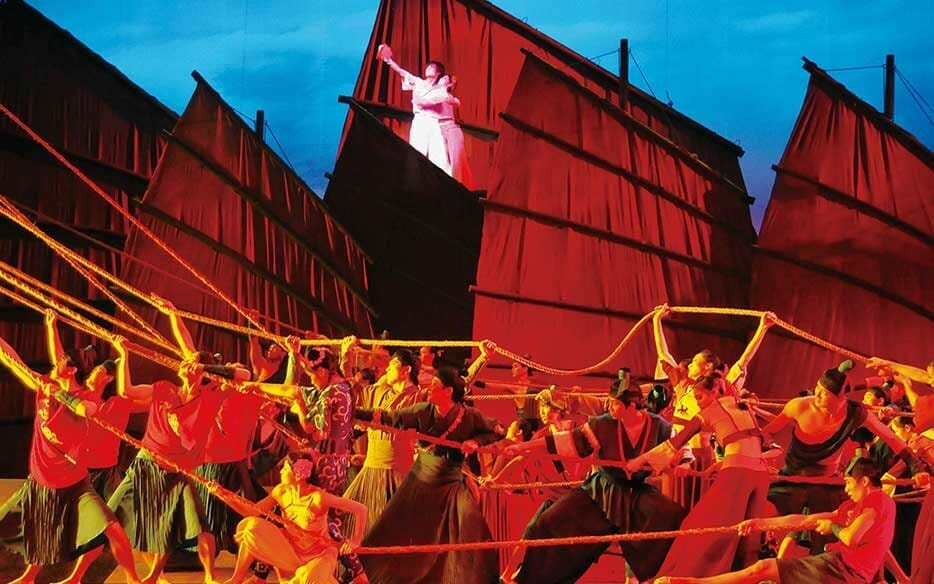 The Beirut-based Caracalla dance company was last here in 2019 with the spectacular Two Thousand And One Nights, and that brilliant show suggests Caracalla shouldn’t be missed this time. Its founder Abdul-Halim Caracalla trained under the dance icon Martha Graham in the 1960s and he established his own company to create a dance language based on Martha Graham disciplines blended with Arabic heritage.

Caracalla’s current productions echo Graham’s technique but with a distinctly un-Graham-like extravagance. They are based on a solid classical ballet vocabulary with an array of Eastern and Middle Eastern folk dance styles, intermixed with acrobatics and contemporary jazz-like movement. As one review put it: “the dancers skim over the stage in one breath of surging humanity – we’d give our teeth to join in …”

Sailing Through Time is a described as “a journey from Abu Dhabi along the Silk Road”. It’s the newest version of a Caracalla show that toured in 2017, including a couple of nights at the Royal Opera House in Muscat; again, the core company has been augmented by dancers from China, India and the UAE. Expect a spectacular set, dynamic virtual scenography, lavish costumes and dancing in multiple styles to an original music score; the tickets are pricey, but this is surely going to be a stunner.

There are further shows on 4 and 5 December.