Made in the Emirates Sotheby’s Dubai is showing six UAE-based jewellers and a selection of works by UAE-based artists alongside selected lots from upcoming auctions. The jewellery ateliers being showcased are Made in the Emirates, Gafla, YATAGHAN, Misk, Susana Martins and HASHI, all based in Dubai. The artists (who have been selected by Engage101) include Augustine Paredes, Mohammed Khalid, Alaa Edris, Nasir Nasrallah Sara Ahli.

These will be exhibited alongside highlights from upcoming Sotheby’s sale, including the 20th Century Art / Middle East auction with online bidding open 20-26 October. The examples on show include an abstract by Fahrelnissa Zeid, six works by Iranian Modernist Parviz Tanavoli and a typically bold canvas by Iraqi-British artist Athier Mousawi. The Arts of the Islamic World & India auction in London on 27 October celebrates the production of historic objects, paintings and manuscripts from more than ten centuries; leading the lots on view in Dubai is a sumptuous gold and silver-inlaid candlestick from around 1275 and carrying a sale estimate of £2-3 million. Other desirables include a rare 17th-century Mughal brass celestial globe, skilfully engraved with the astronomical constellations and over a thousand fixed stars with their Arabic names; and a 16th/17th century portrait of Roxelana, wife of Sultan Suleyman the Magnificent. 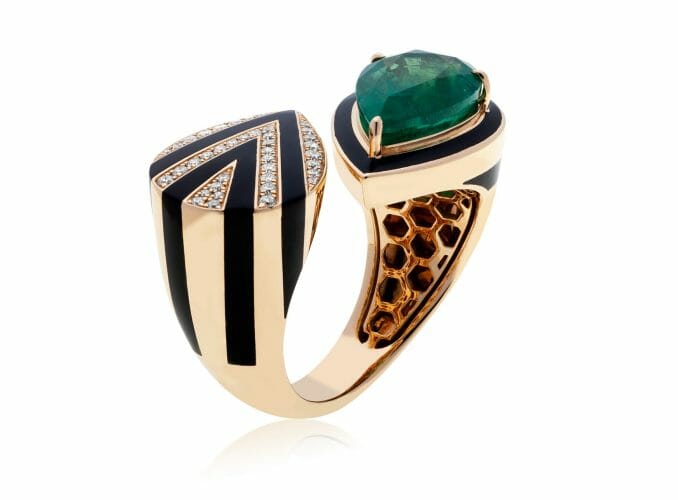