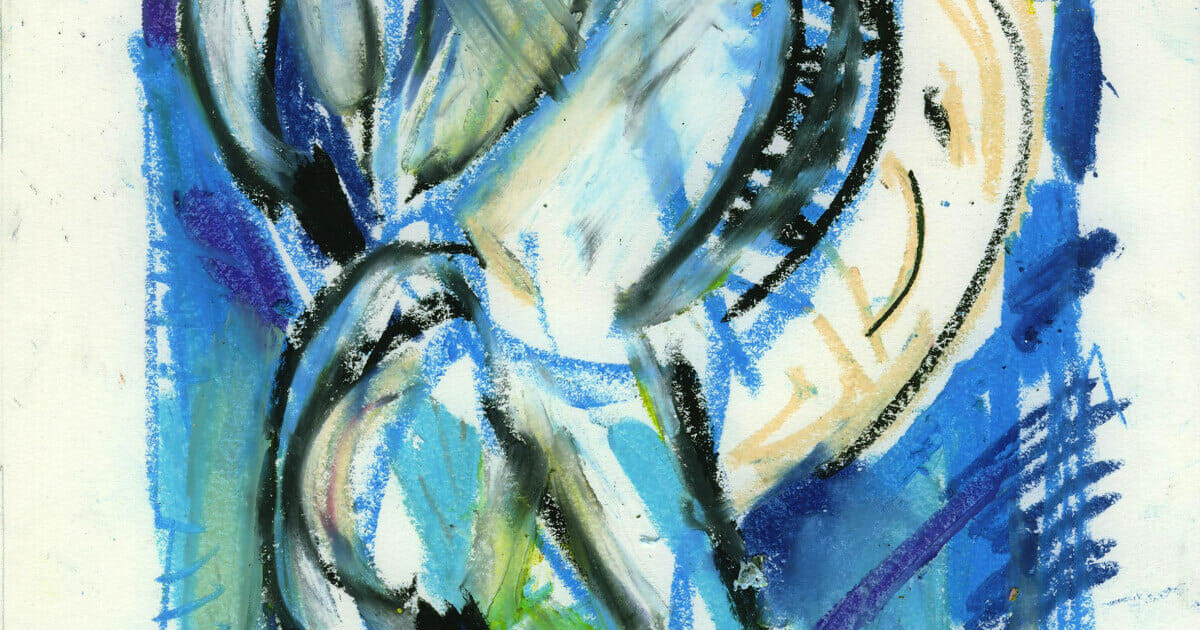 Amir Khojasteh’s solo exhibition has paintings and sculpture that particularly revolve around two symbols: the moon and the horse. He is mostly inspired by the political condition of the Middle East, specifically Iran, and happenings around the world which have a dramatic impact on people’s life; he plays with ideas of violence and power, dictatorship and sacredness of fear, and represents it through fantasy, dark humour and an expressive painterly style.

He explores the act of catching the moon as a metaphorical representation for achievement and victory, and the horse as a means for man towards greatness and power. Bold, sweeping brushstrokes and broad pathways of paint detract from otherwise “candid” portraiture; with the sculptures Touch the moon and Touch the sun, Khojasteh explores the thought of placing the moon atop the work as a way to “catch the moon”, or maybe to eternalise a victory.